A few weeks ago I did a 'webinar' for the AWRI. This basically gave the main results we've generated in the Wine Australia funded Vine Balance project that I lead (a collaboration with the NWGIC in Wagga Wagga). They've put it online, although it is audio and presentation only, no video of me you'll be relieved to note. Not exactly my greatest presentation, as usual, I didn't end up with much time to prepare, but it gives an overview of the work. We'll be doing a grower event in May/June, followed by a final report for the funders. In fact I'll be over in Tasmania in a couple of weeks, taking about this in conjunction with some other work.  Really must start on writing the presentation....

Anything from before we are born is ancient history and doesn't have have the same level of reality that something we remember has. I was born 26 years after the end of the second world war; both it and it's aftermath were always only history to me, but it is nearly 20 years since I was 26. I was born closer to the war than my kids were to me. None of which means anything, but it sort of puts time into a personal perspective. One of the things about getting older is you get a bit behind the times. So I give that as the explanation for my discovery of Monkey Swallows the Universe nearly ten years after their first album and many years after they split.

This is a sing-a-long sort of song, so it is foot-tappingly immediate in its appeal. Here it serves the dual purpose of nostalgia for me and introducing you (maybe) to the music of Nat Johnson. The sleeve notes say that it is "dedicated to everyone who has lived in, loved and left Sheffield", which most definitely includes me.

Possibly my favourite record of last year was Emma Kupa's 10" vinyl mini-album Home Cinema. She was the singer in Standard Fare, a band of which I have no releases, but would like to get something by. They were from Sheffield, a city still close to my heart. Anyway, just today I came across this video of her performing a track from it, Half  Sister, at an outdoor session. I hope you like it as much as me.

There's been plenty said about 'Brexit' (what a ridiculous term), but it appears to be done now. Over on a politics.co.uk blog there is a rather good summary of what faces Britain and its leaders now. It is even entertaining! Read it here.

Other than astronomers, people rarely think about light pollution. In fact there are a variety of negative health effects around disruption of circadian rhythm and a range of effects on our wildlife. You can read about some of these effects at the website of the International Dark-Sky Association (IDSA). Most of the world's population never sees a truly dark sky, yet this is a situation that has only been in place for the last hundred years or so. Having lived in rural Australia, where the Milky Way stretches from horizon to horizon and Western Europe, where there is nowhere with a truly dark sky, I know from experience the difference. Even here in Adelaide I can only see a fraction of the sky that I could see in rural Australia. Well the journal 'Science' has published the latest map of 'artificial sky brightness' and it is open access, so you can see how your region or country fares here. What is important is that our local councils use appropriate lighting. See the IDSA website for details.

I have long found it strange that those proselytising for minimising use of pesticides in farming are also the very same people campaigning against the technology best placed to achieve that goal, genetically modified organisms (GMOs). There are few people in the world now who would never have consumed a foodstuff made from a genetically modified plant and we're yet to see any negative effect, suggesting that the regulatory regimes we have in place are, at the very least, adequate to protect us from any potential problems with the consumption of GMOs. On the other hand, by not further utilising GMO foods we are ignoring a method to, not only improve farmland productivity, but also an opportunity to improve the diet of those with the least. Anyway, there is a new online petition, currently signed by 110 Nobel Laureates, amongst lesser scientists, such as myself, calling for support for the use of GMOs such as 'Golden Rice'. You can sign it too, here. When I was young  used to support Greenpeace, but their fund seeking populist campaign against GMOs ruined any relevance or integrity in my eyes. If you are a Greenpeace support, demand that they end this ignorant, anti-science stance.  There is quite a lot of information at the supportprecisionagriculture.org site, so if you are sitting on the fence, read the side of the story Greenpeace and the tabloid press won't give you.

Guilt is not good enough 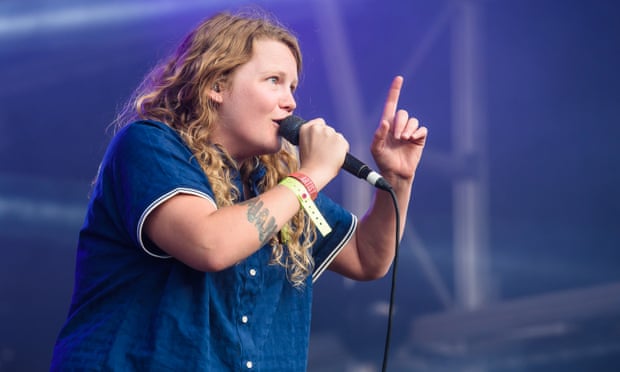 The difficulty of reconciling Australia's past and present, both in terms of history and culture, is ongoing. It is not helped by the range of integration of Aboriginal people with the modern Australian society that has been imposed upon them, nor the latent casual racism that seems to exist in Australian society towards the indigenous population more than any other ethnic group. It hadn't come across Kate Tempest before her visit here and I never enjoy a London accent, but I think her observations on the general attitude in Australia towards its indigenous population are insightful and astute. There is a write up of her comments at the Sydney Writers' festival on the Guardian Australia website here. Middle-class lefties (like myself I guess) will wring our hands about the problem, but will we even speak out about it? Let alone do anything? The article is worth a read and I particularly like this quote: